We are honoured to be taking home two awards this year, one for our Multi-Residential development, Kāinga Tuatahi, working with Ngāti Whātua, and another for The Gateway Pavilion, built by Unitec students.

Many thanks to our collaborators in these projects, the NZIA and the jury; their comments below:

“An adapted townhouse typology has been designed to suit a well established community and aid its efforts to repatriate dispersed iwi members. Alternative financial structures for land ownership and lending have had a positive impact on this affordable housing project and enabled a high quality result Spatially generous in the main daily use areas and in the provision of areas with flexible programming, the designs allow for extended family use. True “ownership” of the entire project remains with the community, who were highly engaged from the initial stages.”

“The changing nature of the beautifully controlled form mesmerized many visitors to the 2017 Headland Sculpture on the Gulf exhibition, where it was sited on low flat ground in Matiatia Bay. From certain distant aspects, the pavilion commanded the bay as if it were a dissolving wharenui; from others it appeared to be a landscape itself. Movement lines across the elevations of the pavilion flow with grace and ease, white jagged lines can appear violent from some oblique views. This theoretical proposal has lost nothing in its realisation; in fact, the gains have been enormous.” 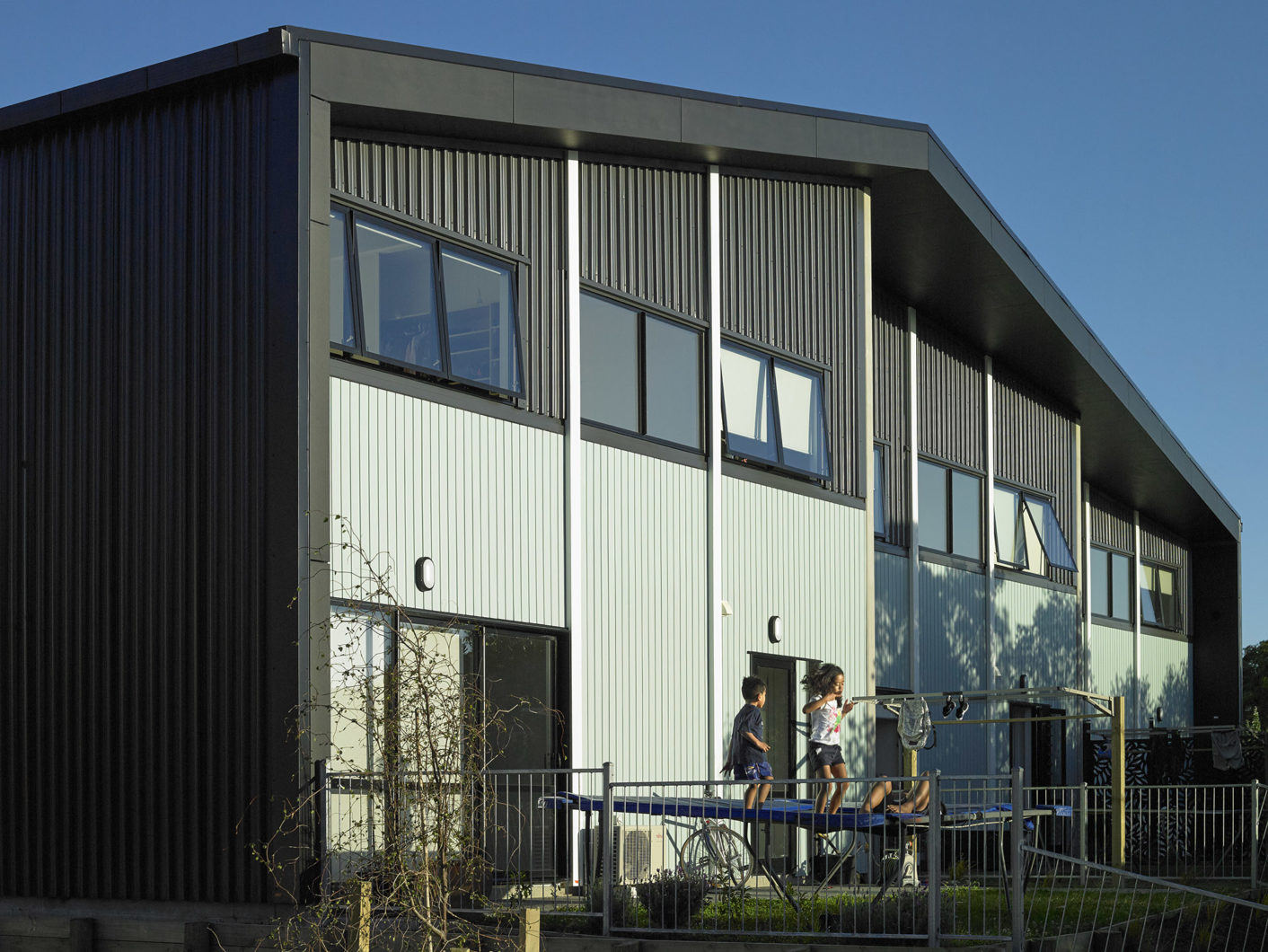